Born from betrayal, despair & resentment, he is the pained spirit of a long dead, unnamed & forgotten samurai, whose goal to bring down those who turned against him keeps his hateful spirit burning strong. Still wearing his once beautiful red lacquered armour he haunts the families of his former friends to disgrace them as he had been disgraced. Nicknamed ‘Akazugaikotsu’ by the unlucky few he hunts, this vicious spirit takes the broken blades of those he has felled to wear as trophies in mockery of their skills.

I chose to make a character that utilises armour & a mix of different organic materials, as well as realistic textures, as these are things I haven’t modelled or textured before & I felt it would be a good challenge for me in order to test my skills. I felt his undead nature & rage would give me an opportunity to play around with poses to convey this, having him roaring in anger or lurching around where his body originally fell. With the scene overall I wanted to show him in the process of tracking & possibly confronting someone in their house, or still haunting the site of his death.

Overall, I feel proud of my final character renders, despite some issues. I feel I achieved what I set out to do with this brief, however, there are still a lot of areas I need to improve on.

While I feel my texturing & sculpting skills are strong I still need to push my skills further when modelling anatomy, as I feel the initial body sculpt was not anatomically correct enough. I also feel I could practice creating my own materials in Substance Designer for use in Painter, as it took a while to get the effect I wanted at times with the materials provided.

I also feel my weighting & posing skills could do with some work, as some of the poses feel weaker than I would have wanted. Studying how people hold themselves & using more reference photos will help this. It took me much longer than I would have liked to weight the character, due to a lack of experience, so I plan to practice with this also. While the skinning worked for the poses I chose I think better skinning & more edge loops in places would make this character more game ready than it is now.

Although I was able to pose the flag by moving the individual vertices by hand I think it could have been made better by using cloth physics to achieve a much more natural flow. On the topic of fabric it would have been interesting to have created the clothing through Marvellous Designer, a program I wish to practise with soon, in order to get more realistic folds.

The main thing I feel I need to work in is my rendering using UE4, & possibly a little more in Marmoset Toolbag, as it took an awfully long time to achieve the effect I wanted & I still don’t feel 100% happy with how the final lighting ended up. In the future I plan on rendering more characters in UE4 to get more to grips with the material editor.

Thanks! This asset isn't meant for re-use though, it was just a contest entry :) 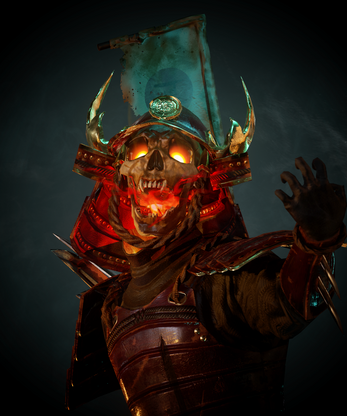 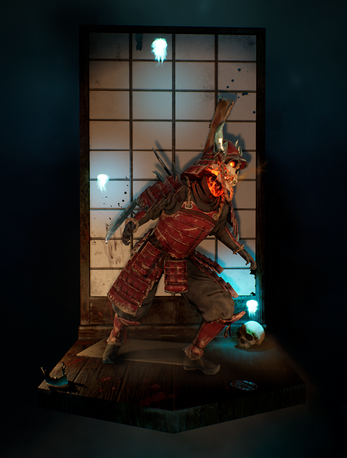 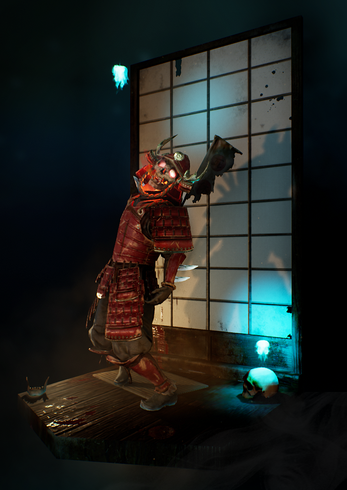 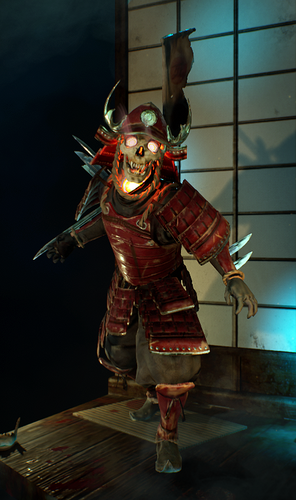 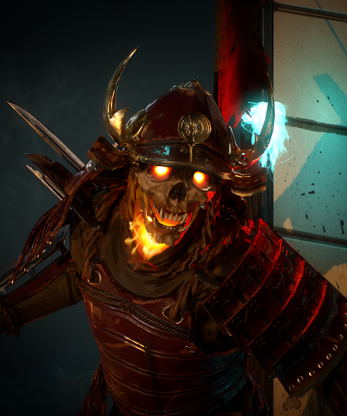 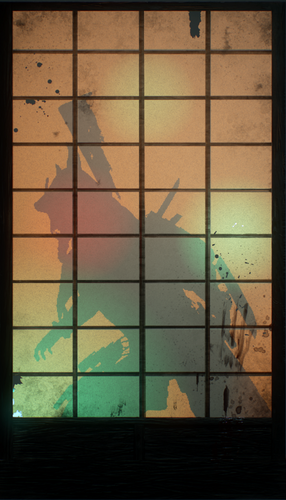